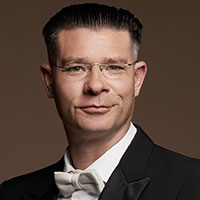 Praised for his “ravishing vehemence” and “fleet-fingered, passionate… soulful performance” (The New York Times), period violinist
Daniel S. Lee enjoys a varied career as a soloist, leader, collaborator, scholar, and educator. He is the founding director of the Sebastians, a period ensemble based in New York City and critically acclaimed for its “everywhere sharp-edged and engaging” (The New York Times) programs. The Sebastians’ “technical and timbral tour-de-force” (I Care If You Listen) performances won the Audience Prize at the 2012 Early Music America Baroque Performance Competition and advanced them to the finals of the 2011 York Early Music International Competition. Daniel currently serves as the concertmaster of Early Music New York, the Providence Baroque Orchestra, and the Washington National Cathedral Orchestra. In previous seasons, he performed as a soloist and guest concertmaster for the Freiburg Baroque Orchestra, the New York Baroque Incorporated, Quodlibet Ensemble, TENET, and the Yale Schola Cantorum, among others. From 2005 to 2017, he was the music director and principal conductor of the Albano Ballet in Hartford, CT.

A violino piccolo specialist, Daniel has performed as a soloist in Bach’s Brandenburg Concerto No. 1 and Cantata 140 for Trinity Wall Street, Yale University, and the New Haven Oratorio Choir. With the Sebastians, he made the modern-day premiere and recording of his own transcription of Johann Pfeiffer’s concerto. His current research explores the repertoire and performance practice of the violoncello da spalla, for which Daniel is in demand as an authoritative performer of Bach’s six Cello Suites. He performs on various historical instruments and fosters ongoing collaborative research with luthier Karl Dennis (Warren, RI) and bowmaker David Hawthorne (Waltham, MA).

He is on the early music faculty at the Yale School of Music and has offered guest lectures and masterclasses at Connecticut College, the Juilliard School, the Manhattan School of Music, Purchase College (SUNY), Stonybrook University, the University of Kansas, and the University of North Carolina at Chapel Hill. He has studied at the Juilliard School (BMus.), the Yale School of Music (MMus., AD, MDiv.), and the University of Connecticut (DMA). As an ordained minister in the Presbyterian Church, Daniel explores the intersection between arts and spirituality. He aspires to redefine the roles of sacred and secular music in relation to their intention, function, and venue. Complementing this work is his continuing study of various ancient and modern languages.

Subscriptions are currently on sale to the general public. The 2021–22 season, opening Friday, October 15, features six large scale subscription concerts at some of the regions finest venues and eight chamber series concerts on Friday evenings at Live! at 10th & G and on Saturday evenings at St. Paul’s Episcopal Church.